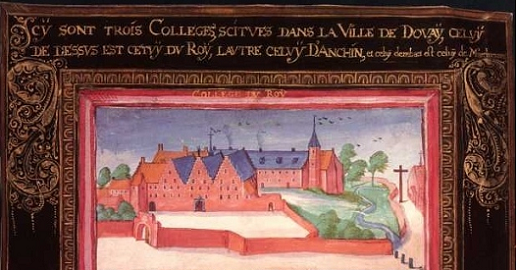 The Ecclesiastical Province of Cambrai offers a highly interesting test case for both the field of borderlands studies and transregional history: since its erection in 1559 at the southern border of the Habsburg Low Countries, it hosted Catholic refugees from different regional backgrounds, such as the British Isles, France and the insurgent provinces of the Low Countries. This contribution argues that (1) the frontier position of the Ecclesiastical Province of Cambrai led to (2) systematic encounters between Catholic exiles of diverse regional provenances. Rather than solely seeking to establish segregated exile communities, as argued in older nationalist historiographies, (3) these refugees interacted with their host society, and inscribed themselves in pre-existing patterns of cross-border mobility with France. As such, the Cambrai borderlands came to constitute a transregional node within the Catholic Reformation of the early modern era.