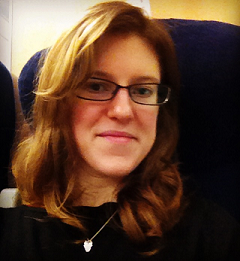 Jane Judge received her PhD in History from the University of Edinburgh, Scotland, in June 2015. She wrote her doctoral thesis on the history of the United States of Belgium and its place within the wider Age of Revolutions, with the assistance of a fellowship at the Robert H. Smith International Center for Jefferson Studies. She is currently a postdoctoral fellow of the Belgian American Educational Foundation working with the Early Modern History group of KU Leuven in Belgium. Currently she is researching public manifestations of Belgianness during the 18th-century revolution, with an eye to incorporating the movement of revolution, revolutionaries, ideologies across borders. She is also transforming her doctoral thesis into a book to be published by Leuven University Press.

J. Judge, ‘An Age in Microcosm: the United States of Belgium,’ in: B. Marsh and M. Rapport (eds.), Understanding and Teaching the Age of Revolutions, Madison: University of Wisconsin Press, 2017, forthcoming.