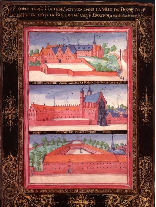 Abstract
In the late sixteenth and early seventeenth centuries hundreds of translations from Latin, Italian, Spanish and other languages were issued in the ecclesiastical province of Cambrai (the Francophone regions of the Habsburg Netherlands). This contribution focuses on the French translations of Italian religious literature (1563–1659). Since almost all of these editions dealt with religious themes, these translations must be seen in the context of Counter-Reformation and Catholic renewal. Rather than measuring the linguistic and literary impact of translations from the Italian, this contribution will search for the place of Italian literature within the religious developments in the ecclesiastical province of Cambrai. The central question is how these Italian books reached the Cambrai province and who took the initiative to translate and spread them. Three agents who contributed in bringing Italian Catholic literature into the ecclesiastical province of Cambrai will emerge. First, the cross-border relations linking the Cambrai book world with France explain how French Italianising tendencies spread into the Francophone provinces of the Habsburg Netherlands. Additionally, the personal connections of local translators with Italy, were a major advantage in transmitting Italian literature to the north. Finally, the role played by religious orders (especially the Jesuit and Capuchin orders) was crucial in spreading Italian literature in the Cambrai province. These three channels were by no means mutually exclusive, but often coincided and reinforced each other. In the ecclesiastical province of Cambrai printers, translators and religious orders and institutions all contributed to the same enterprise: transferring the literature, and hence the ideas, of Southern European Catholic reform in to the Habsburg Netherlands.