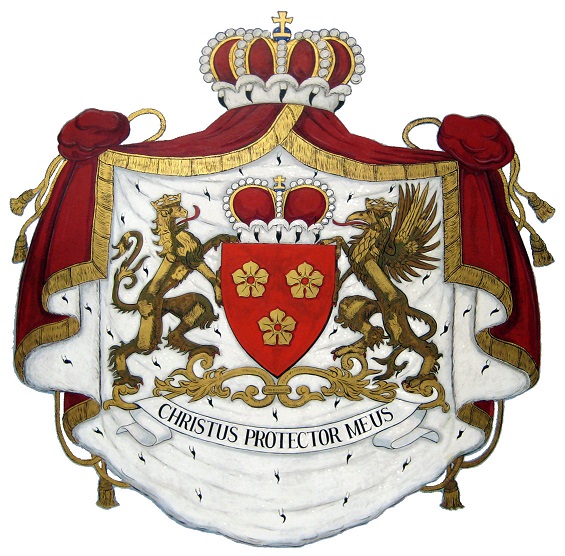 Conference Report of the Vth Arenberg Conference for History, sessions 3-4

While the first two sessions had been devoted to borders within the Holy Roman Empire and the borders of the Low Countries, the starting session on Friday shifted its focus to the borders of the Kingdom of France. In the first presentation, Patricia Subirade dealt with the Franche-Comté. Until 1678 this region belonged to the Spanish Habsburgs, despite being stuck between the Kingdom of France and the Swiss Confederation. The region not only formed a political but also a religious frontier, as it bordered some Calvinist cantons. Professor Subirade highlighted that the Franche-Comté cultivated a strong Catholic identity, which, for instance, was characterized by the importance of Marian devotions. On the one side, the border with the Swiss confederation, in fact a range of hills, was a closed border, marked by a concentration of Catholic chapels. On the other side, however, she discovered manifold transregional relations between the Franche-Comté and more remote Catholic regions in Switzerland, despite being separated by Protestant cantons. In particular, Catholic painters, sculptors and engravers from the Franche-Comté were active in Swiss Fribourg, inducing the transfer of artistic knowledge and techniques. 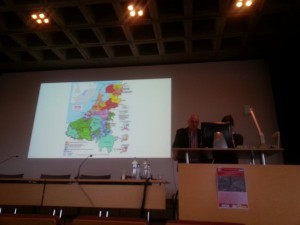 The next two presentations focused on the border between the Habsburg Netherlands and the French kingdom. In a joint presentation, Yves Junot and Marie Kervyn discussed the military, economical and religious aspects of this border, stretching from Luxembourg to the coast. They pointed to the existence of fascinating a protection system formed by fortress-churches and underground hiding-places where the local communities sheltered during wartime. While towns were equipped with walls, it was in fact almost impossible to guarantee a global protection of het border in rural regions. Both historians also dealt with the difficulties that arose in a some parishes of the (Habsburg) Artois County which depended on the French bishop of Boulogne and the integration of foreigners in the communities along the border, a process that often seems to have been facilitated by the intervention of the local inhabitants. As such, Junot and Kervyn contended that there existed a key difference between the rural and the urban experience of the border.

Lastly, Alexander Soetaert discussed the development of a transregional book production in the ecclesiastical province of Cambrai, bordering France. During the sixteenth century, printers had faced difficulties to maintain profitable printing businesses there. In the first decades of the following century, however, a golden age of the book production came about. This was made possible by the relative decline of the Antwerp dominance of the book market in the Habsburg Netherlands, the influx of skilled labor from the Brabant metropolis and the financial support of local town governments in the Cambrai region. Yet, also the fact that printers in frontier towns such as Douai, Arras or Cambrai now took advantage of their presence at the border significantly contributed to the success. A considerable part of the production in these towns consisted of reprints (in a sense also counterfeits) of French books. This not only added to the profits of the local book world, but also facilitated the transfer of French and even Spanish and Italian innovations in Catholic literature. The very location of the Cambrai province made it into an intermediary zone in the transregional circulation of Catholic literature. 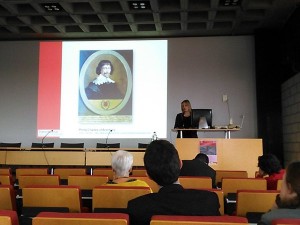 The last session dealt with Iberian borders. Sophie Verreyken researches Hispano-Flemish families in the seventeenth century Southern Netherlands, studying the borders of the Habsburg Empire mostly as an internal barrier. Throughout the centuries borders were frequently crossed by migrating families, and despite the physical dislocation, not all families successfully integrated or even planned a long-term stay ‘abroad’. Investigating the concept of a transregional marriage not only as a strategy of economic, political and religious integration but also one of dynastic loyalty, she illuminated how on the one hand the Habsburg dynasty tried to maintain an indirect grip on distant regions of the Habsburg Empire, while on the other local elites profited from closer ties to a distant monarch. In recounting the history of two dukes of Aarschot from the noble house of Arenberg, she demonstrated how the dynastic mixed marriages of this family functioned as an indirect strategy of loyalty on both sides of the relationship.

As the closing presentation of the conference, Fernando Chavarría discussed how the current – still strongly nationalistic – debates about historical border formation focusing on Louis XIV’s foreign policy of a “politique de réunions” hardly take into account the tangible impact on border communities themselves. He illustrated this issue by presenting the case of the river Bidasoa separating France and Spain in the north-western Pyrenees. The region never enjoyed a high defensive priority from Louis XIV’s perspective, but was nevertheless subjected to brutal instances of violence – even from 1659 onwards – when the two towns on either side of the river clashed. The ensuing discussion raised interesting questions about the agency of rivers and mountains, neatly linking his case to the previous talks by Luca Scholz and others. Indeed, by again stressing the constructed nature of early modern barriers and boundaries, Chavarría’s presentation captured one of the core trope’s of the conference: that borders are, first and foremost, depended on man’s ideas and actions.